A 1970 vintage Hillside bottled as part of Diageo's Rare Malts series. Dormant from 1899 to 1938, Glenesk reopened as a grain distillery. Converted to a malt distillery, it was renamed Hillside in 1964, then renamed back to Glenesk around 1980 before being closed for good in 1985. Bottlings from this distillery are highly sought after. 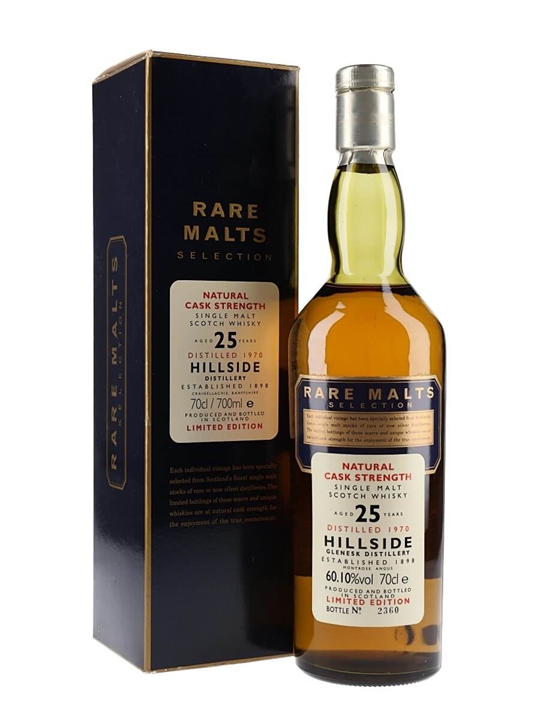