On 14 January 1943, while the world sat under the cloud of war and world leaders, including Churchill and Roosevelt, met to discuss strategy in Casablanca, the Glenlivet distillers carefully filled sherry hogshead number 121. This cask had been hand-selected by the founders of Gordon & MacPhail, and was destined to be one of the last filled during the wartime period, as Glenlivet halted production in spring 1943. As the world slowly rebuilt itself the single malt aged peacefully, until it was bottled in June 2013 as a rare piece of whisky and wartime history.

This Glenlivet 70 Year Old from Gordon & MacPhail's Private Collection has complex notes including dark chocolate, orange, treacle, liquorice and subtle, ashy smokiness. Each in the series of just 40 gold-engraved decanters, is presented in a hand-crafted wooden box and comes with a commemorative book and certificate of authenticity. 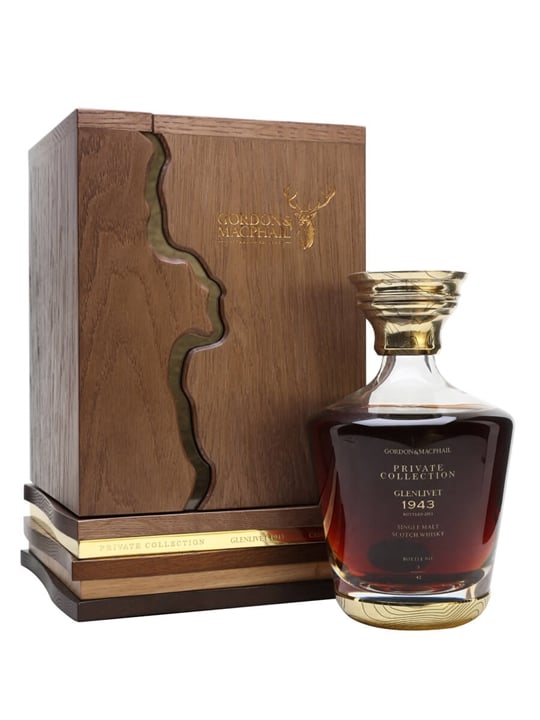