A very special limited edition Ardbeg release, bottled by Jack Wiebers Whisky World for Jumping Jack Productions, the makers of Mel Gibson's Braveheart. This bottle, part of The Cross Hill series, was released as a tribute to the film, although it does spell its name incorrectly as 'Brave Heart'. To make things even more interesting, it was finished in a cask that used to hold whisky from Strathisla. An intriguing bottling. 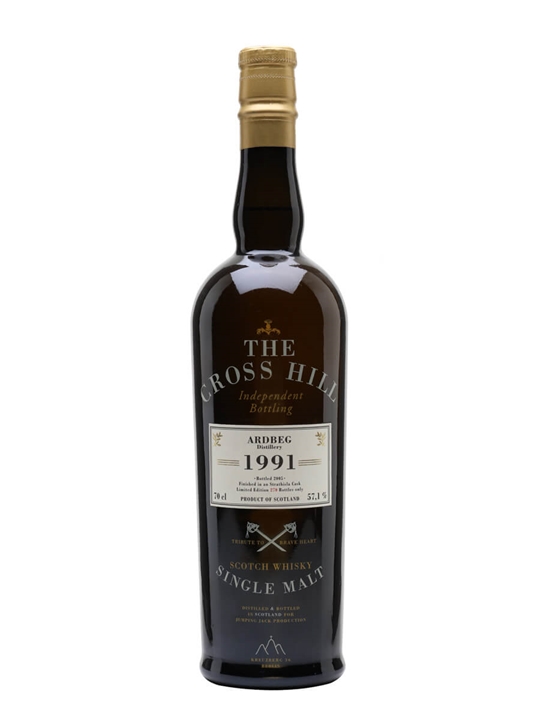