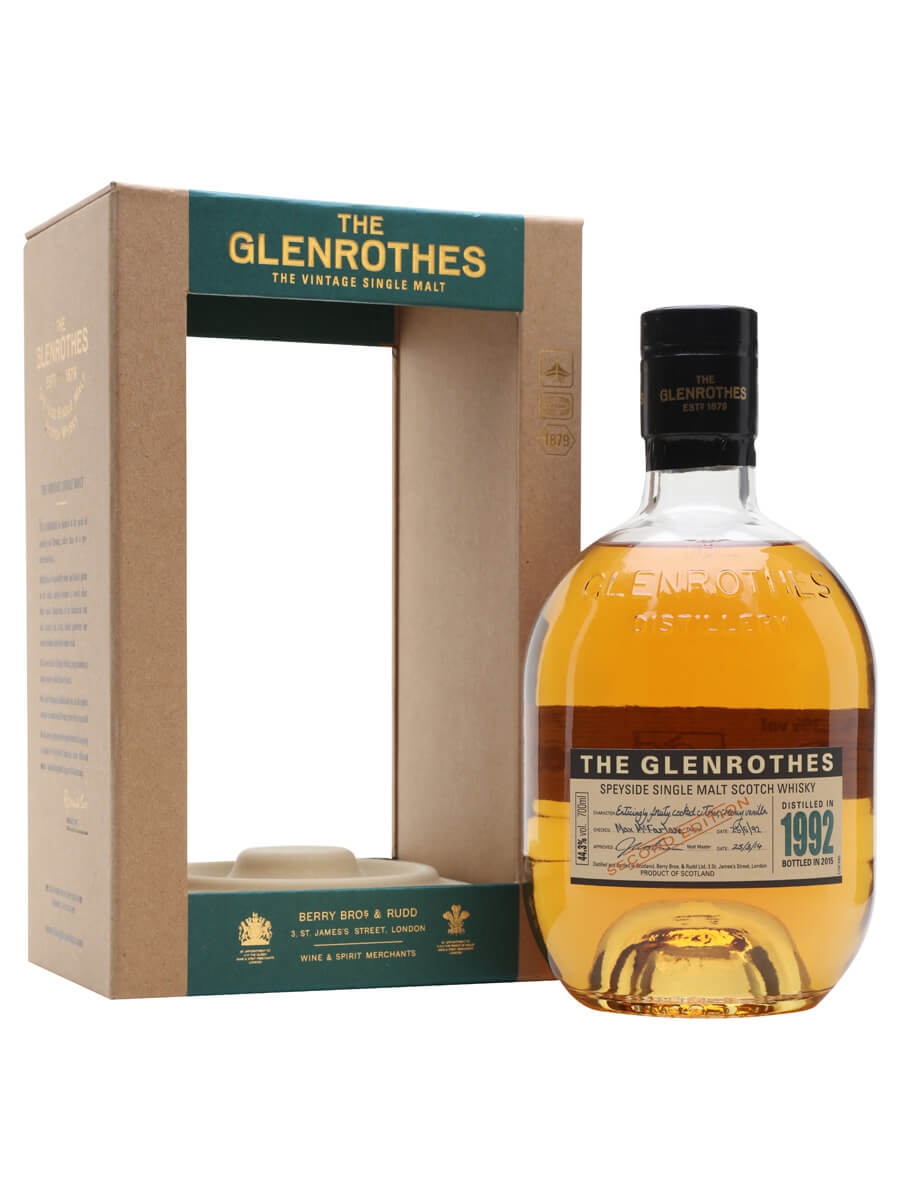 The second edition of Glenrothes 1992. The first addition was released in 2004 and malt master John Ramsay held back a number of casks for a further stint of maturation. 10 years later, the whisky was deemed ready, and a selection of refill-sherry and American-oak hogsheads were vatted together to create this intense and fruity dram.