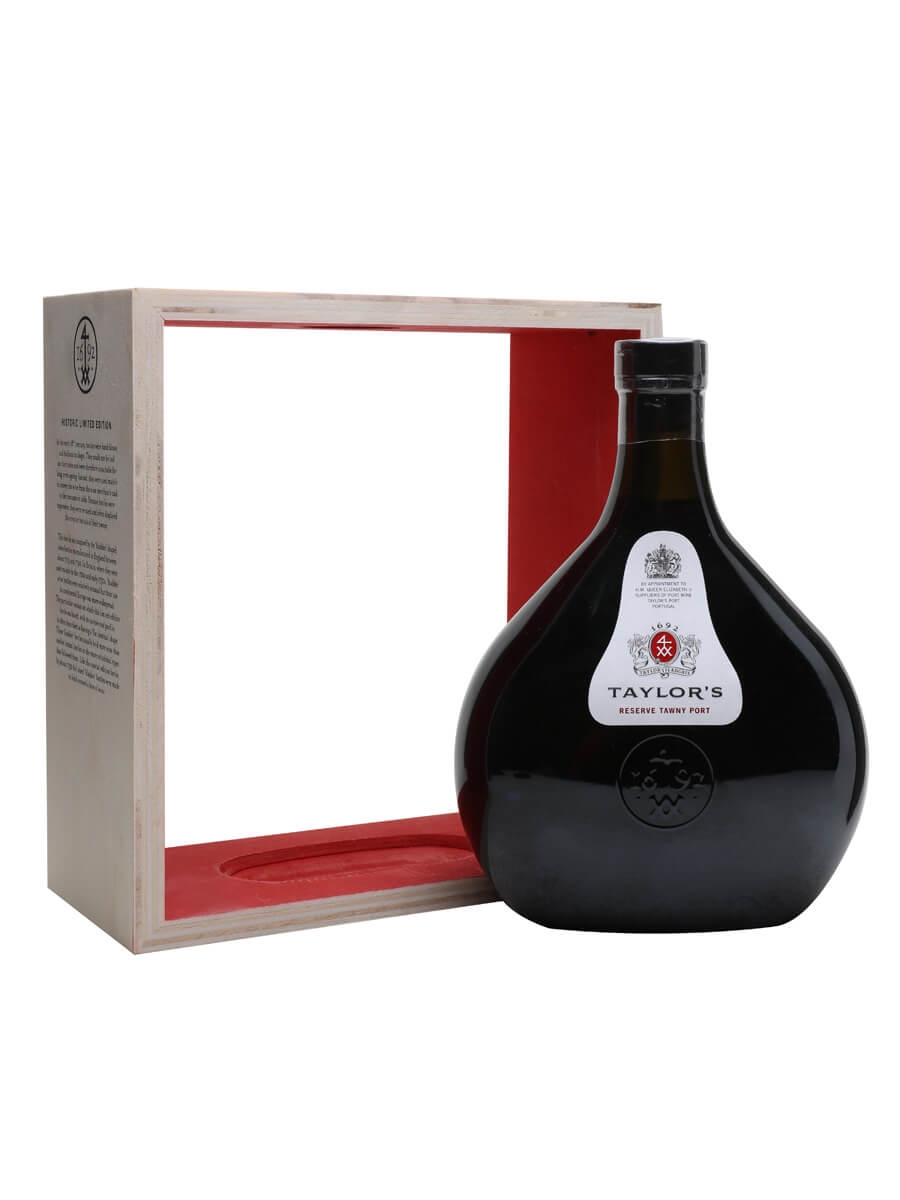 A limited-edition Reserve Tawny Port from Taylor's, which pays homage to its long history. This delicious port is made from a carefully-selected blend of Taylor's tawny stocks and has all of the brand's characteristic richness – while also boasting a character entirely its own.

The bottle has been crafted to resemble an English-shaped flask dating from the early 18th century, and bears the distinctive 4xx merchant's mark that has been used since around the time of Taylor's foundation in 1692, and which they still use as their trademark today.