Every year Four Roses releases a special limited edition of its award-winning small-batch bourbon, bottled at barrel strength. This year's is even more special than usual – it's celebrating 130 years since the name Four Roses was trademarked and the company's history officially began. This 130th anniversary edition brings together four of Four Roses's ten recipes at four different ages: 13-year-old OBSF and 10-year-old OBSV (both medium rye), 14-year-old OESV and 16-year-old OESK (both high-rye). The chosen whiskeys focus on fruity and herbal flavours, as well as Four Roses's controlled spiciness, and this fantastic bourbon is already turning heads on both sides of the Atlantic. 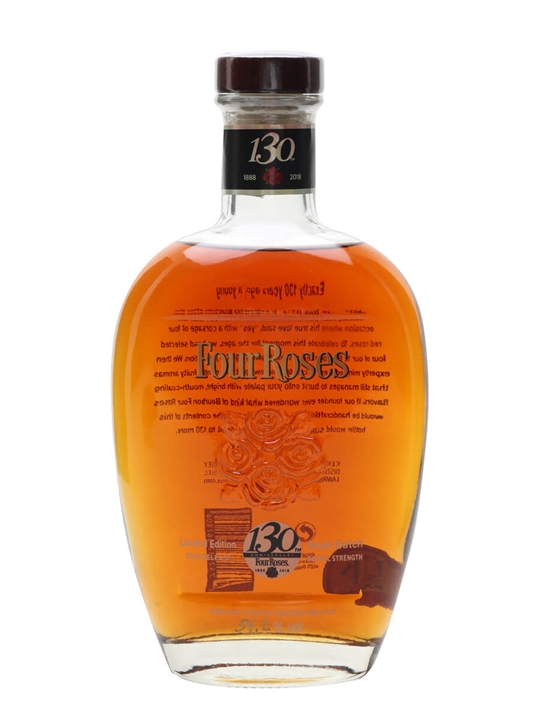