A 26-year-old whisky from long-closed Littlemill, bottled by Hunter Laing for the Old Malt Cask range as part of the series' 20th anniversary. Littlemill closed in 1994, was dismantled in 1997 and the remainds burned down in 2004 – there are now houses on the site – making it one of the most lost distilleries in Scottish history. The whisky was distilled in March 1992 and bottled in August 2018. 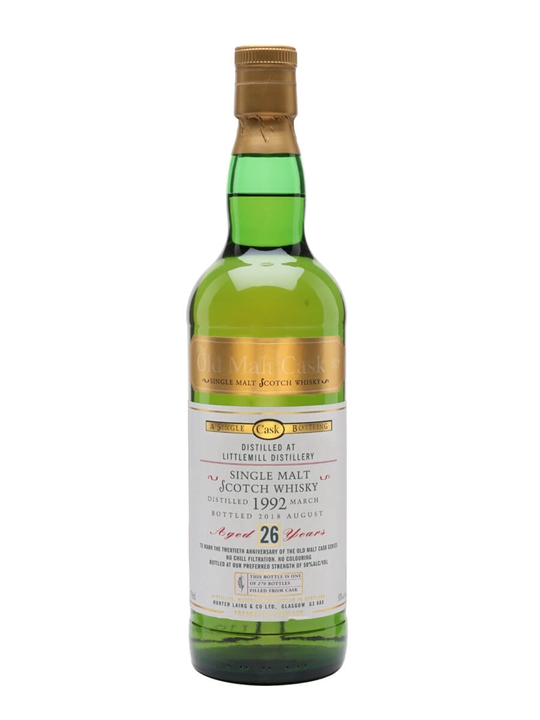