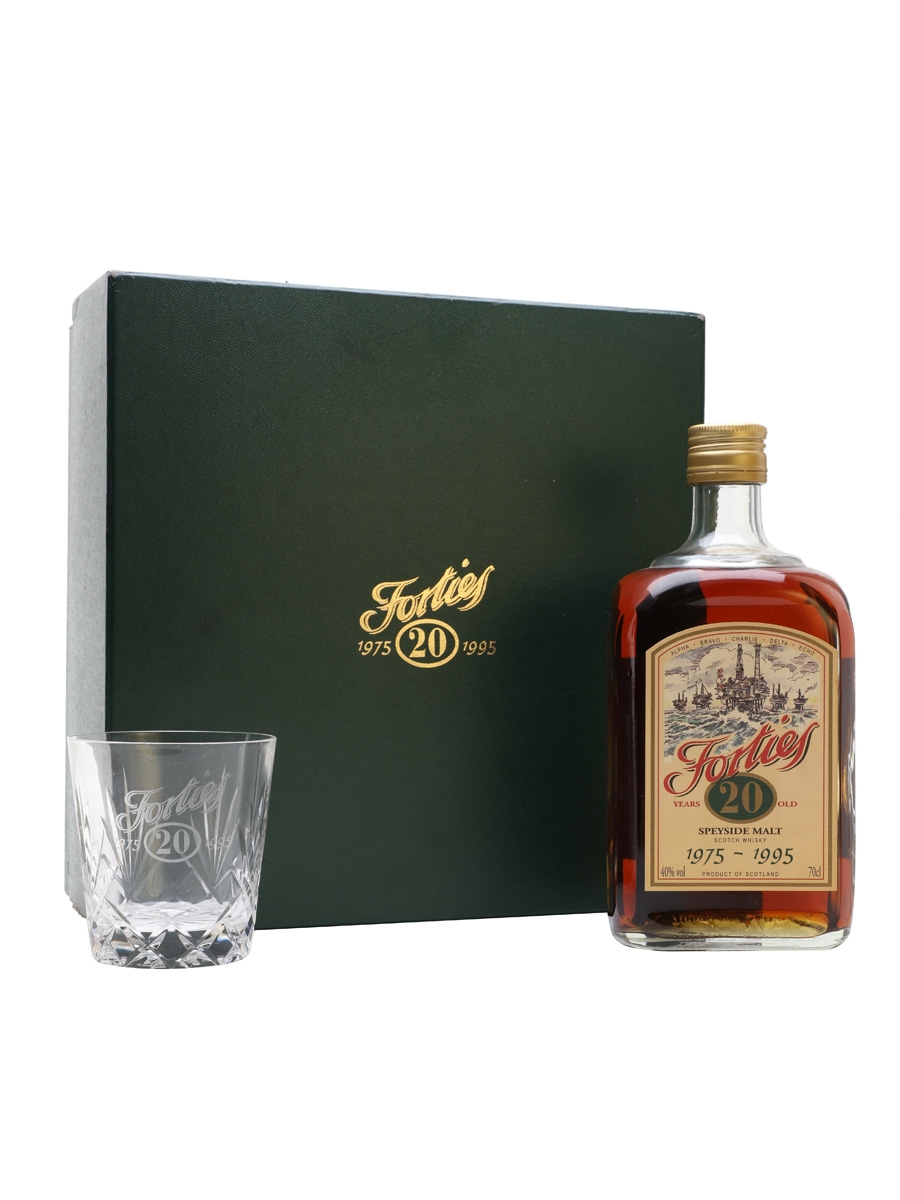 A special bottling of Speyside single malt whisky. This bottle was produced to commemorate the 20th anniversary of the Forties Oil Field start-up in September 1975. This whisky has been matured for 20 years and was released in 1995 to coincide with the anniversary. Only one glass in this set. 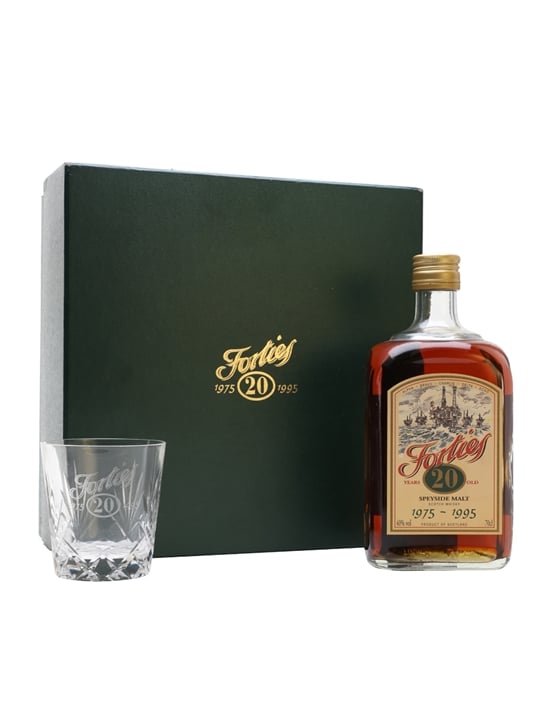