Bottled after spending a quarter of a century in a single refill barrel, this 1993-vintage Girvan single grain whisky was bottled in February 2019 for Douglas Laing's Old Particular series. A rich, sweet whisky, it has notes of rich honey, vanilla, raisins, cinnamon and black pepper throughout the palate. 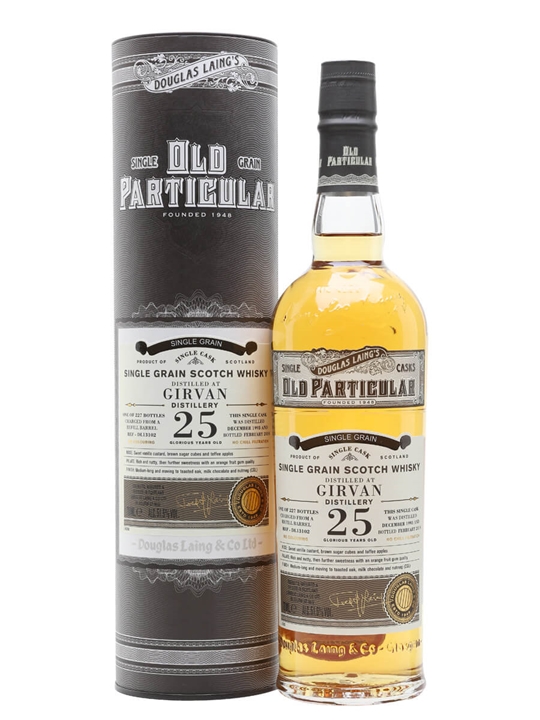