The 2010 release of Balvenie 17yo is a bit of a curio, having been re-racked after inital normal maturation into casks that previously held...a peated Balvenie?! So this is a peated finish rather than a peated whisky. The smoke is there, but not as full-frontal as you'd get if the spirit itself was peated. A very interesting experiment, and we await the peated Balvenie that previously graced the casks with eager interest. 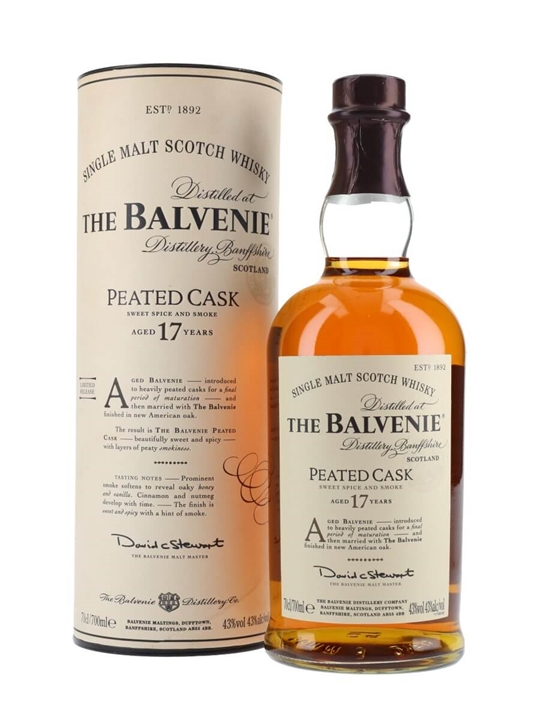