A bottle of 1981-vintage North Port (aka Brechin) from independent bottler Duncan Taylor. This was released as part of the Rarest of the Rare series, for bottlings from now closed distilleries. North Port closed a couple of years after this was distilled, in 1983, and as such bottlings are becoming increasingly hard to find. 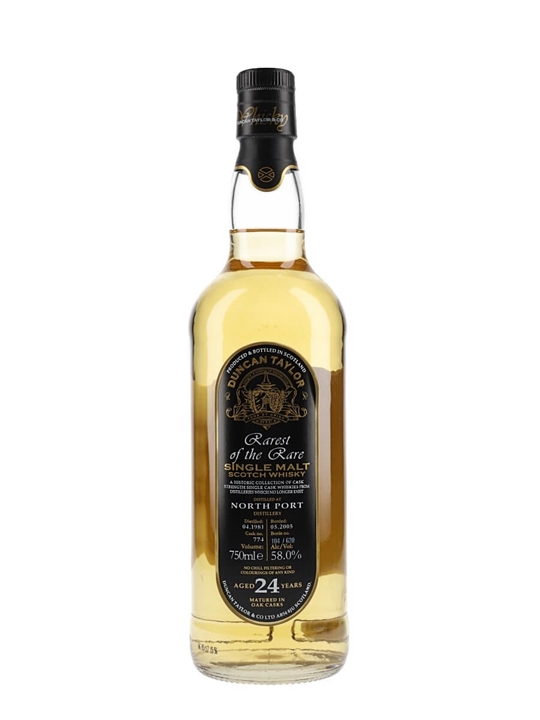