A vintage bottle of Glenugie from independent bottler Signatory. This was distilled on the 20th December 1977 and aged for 32 years, of which seven were spent in Oloroso sherry cask #5. The Glenugie Distillery was one of many distilleries that closed down in 1983. Only 809 bottles of this whisky were released. 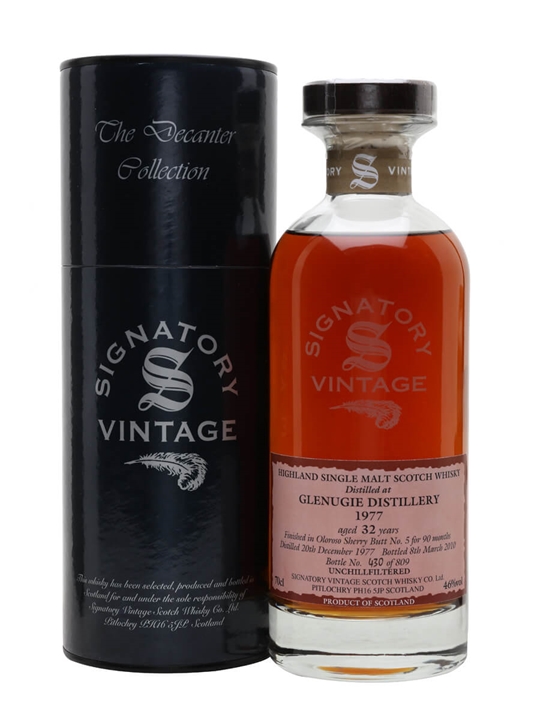