Both the oldest whisky and the smallest edition to ever appear in Diageo’s Special Releases. This 52-year-old single-grain Scotch whisky comes from Port Dundas distillery, which closed in 2009. An excellent example of old grain whisky, this dram layers honey and cream on top of a stunningly fruity backbone.

Port Dundas, in Glasgow, was founded in 1811 and became known both as a prominent grain distillery and for its 138-metre-high chimney – once the highest in the world. 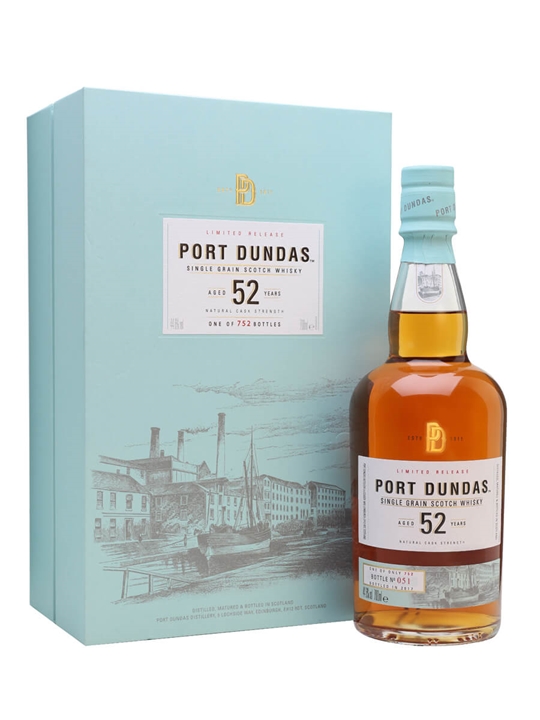