The 1991 edition of Glenmorangie's Grand Vintage single malt has been created from an unusual combination of whisky finished in red Burgundy casks and whisky finished in oloroso sherry casks. These two distinctive spirits, combined with a small amount of whisky aged in new toasted oak, were married for around four months before bottling, and the result is a finely balanced and richly fruity single malt that will surprise those sceptical about the cask combination.

The 1991 Grand Vintage is part of Glenmorangie’s Bond House No.1 Collection, a series of vintage whiskies that celebrates the largest of the distillery’s traditional 19th century warehouses. Bonded Warehouse No.1 was transformed into Glenmorangie’s impressive new still house in 1990. 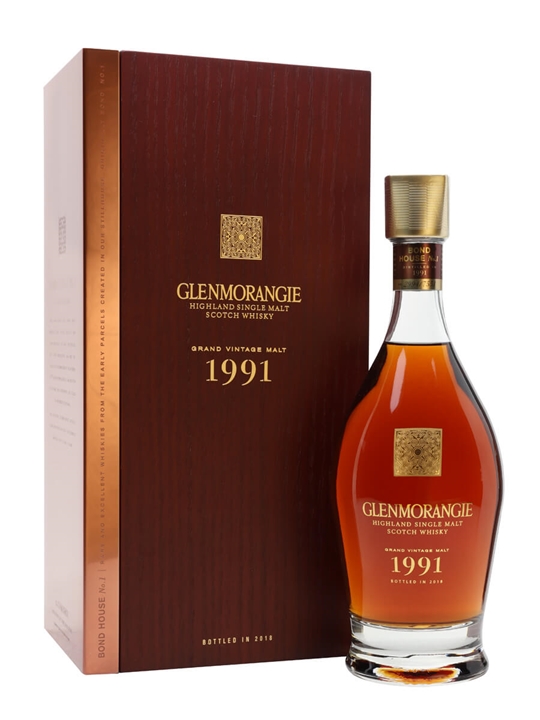