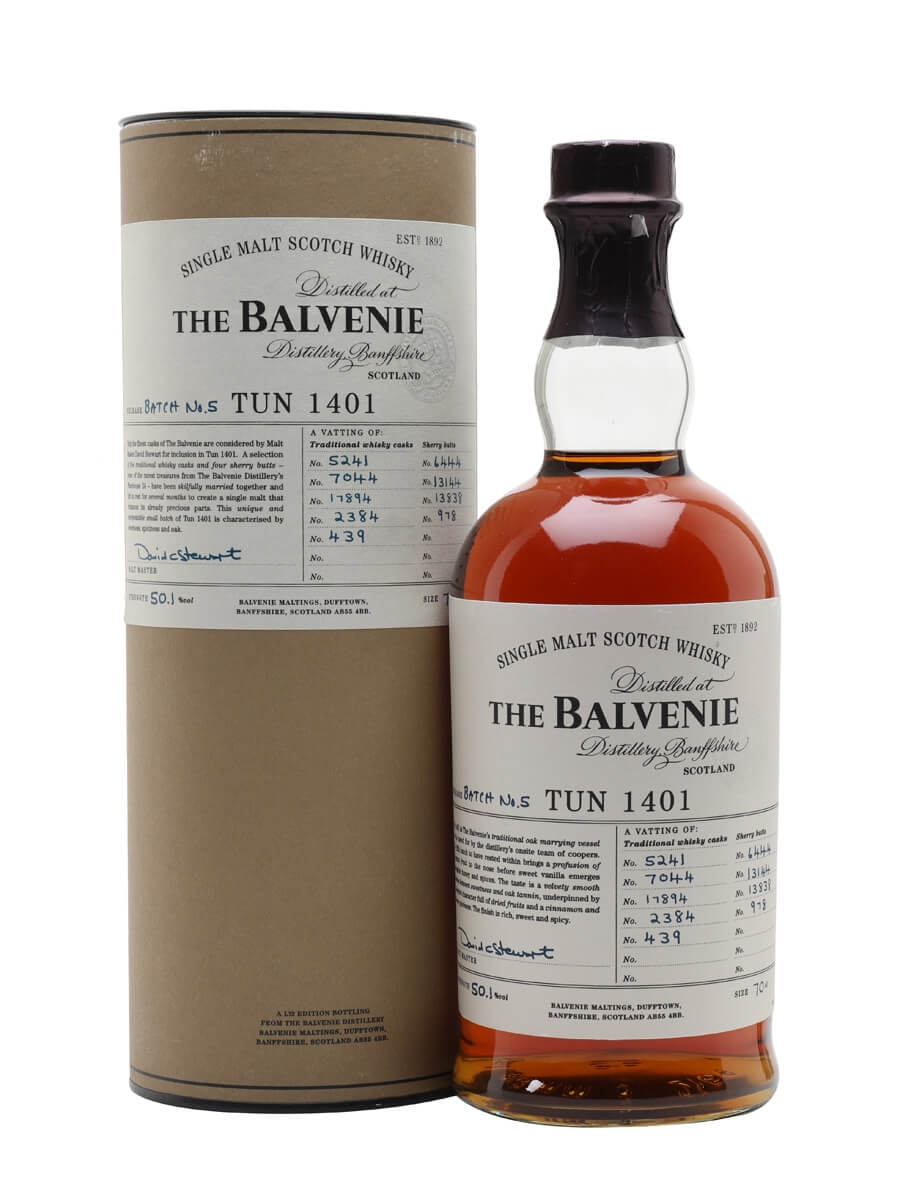 The fifth batch of Balvenie's increasingly legendary Tun 1401 series. This is the second UK/European batch since it became wider released than just as a distillery bottling and its nine constituent casks (4 sherry butts, 3 bourbon hogsheads and 2 bourbon barrels) range in vintage from 1991 back to 1966. A beautiful dram that we expect to fly. 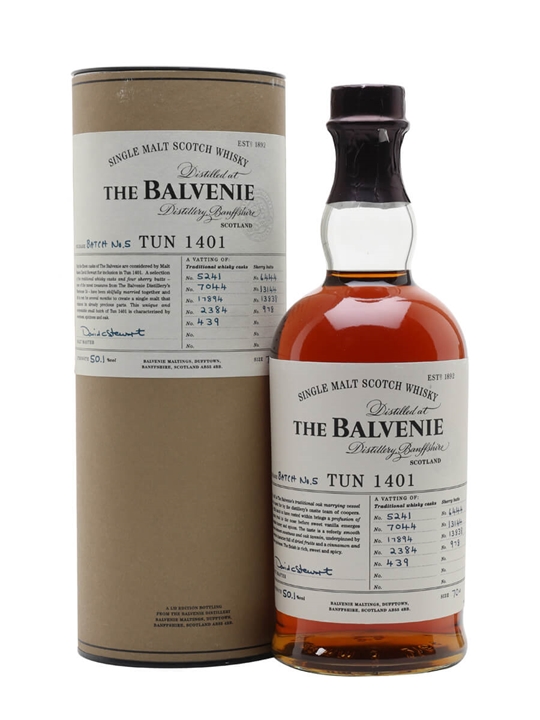