A delightful decanter containing 1953 vintage Glenfarclas. This bottling was released in 2013 to celebrate the 60th anniversary of Queen Elizabeth II's coronation.

A limited release of only 60 specially commissioned crystal decanters. The whisky matured in a single oak cask in Glenfarclas's cellars in Ballindalloch for almost six full decades before being bottled at its natural strength. Only air, wood and time have influenced the development of its magnificent flavour profile. 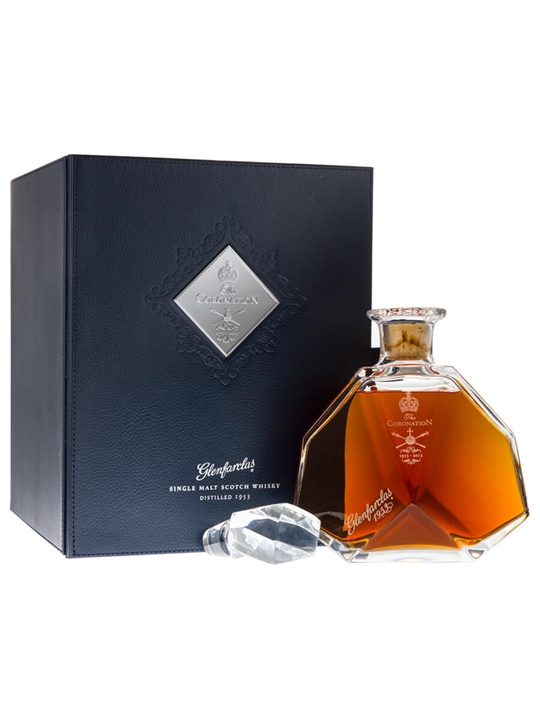