The Bruichladdich Legacy series is a series of 6 bottles which were released annually from 2002 until 2007. All these whiskies are from incredibly old casks, and in some cases a marriage of several casks. This first release is a stunning 1966 vintage whisky bottled in 2002, also celebrating the Queen's golden jubilee. 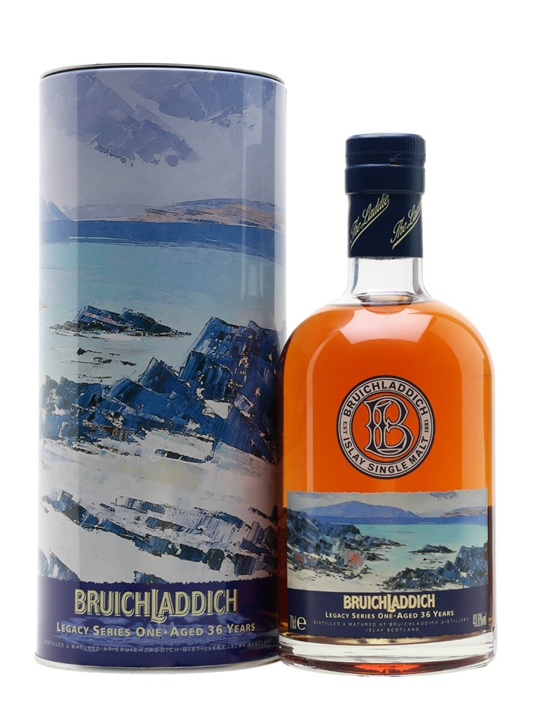