The third of the three extraordinary Oloroso cask 1964 Bowmores released in the mid-1990s, this final batch was of 1812 bottles. With an almost unfathomable concentration and intensity of flavour, and with the perfect balance of fruit, peat and power, this whisky deserves the frequently overused 'legendary' tag and has assumed almost mythic status amongst whisky collectors and aficionados. While the First Edition Black Bowmore is generally agreed to be slightly more magnificent than the 2nd or 3rd, it is really a case of 'first among equals'. Certainly the differences between Second and Third are differences only of emphasis and nuances of flavour, and are really only noticeable when they are tasted side by side (which few of us mere mortals will ever manage). 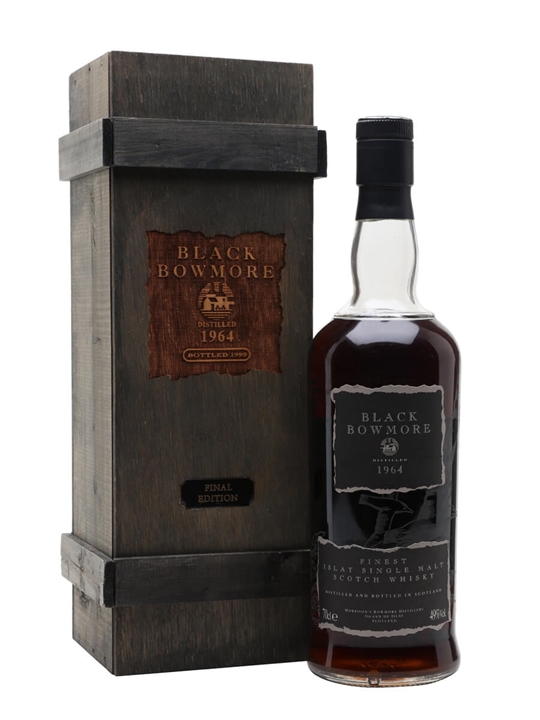