A 1970s bottling of 5 year old whisky from the incredibly rare Glen Flagler. It was not actually a distillery, but the name of the whisky produced from stills at the Moffat Grain Distillery in Airdrie. Only produced for 21 years between 1964 and 1985, Glen Flagler bottlings are highly collectable. 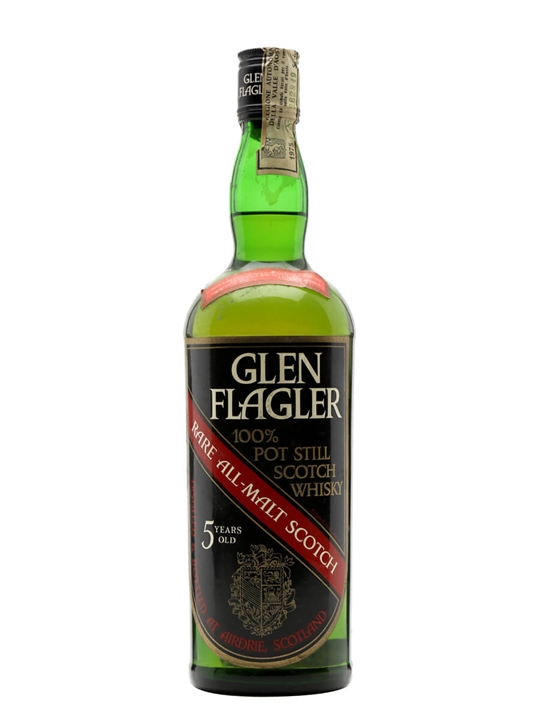