A legendary whisky, bottled in 1991 as part of a small release of just 500 bottles. The whisky was created from a batch of nine casks, each laid down in the 1930s in honour of one of Glenfiddich founder William Grant's children, who helped him build the distillery in the 1880s. One of the oldest whiskies ever released at the time, its reputation has continued into the new millennium as one of the best 50 year olds every released. At this age, balance is difficult, but somehow this has managed it, bringing together dried fruit and oaky spice in perfect harmony. A stunner. MISSING CERTIFICATE. 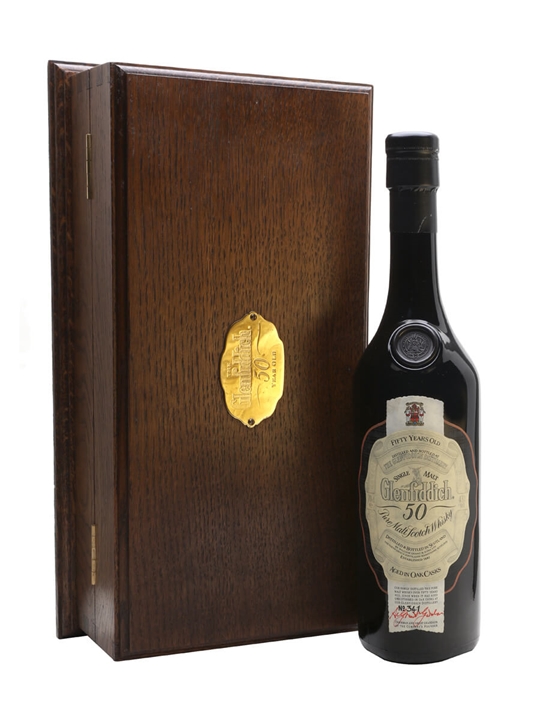