Wacholderbär’s Styrian gin is the fruitiest of their collection, made with organic Topaz apples and organic elderberries, which give a delightfully fruity aroma. Other botanicals include juniper and ginger adding a touch of spice to this modern take on a Styrian gin.

A Styrian gin is a style of Austrian dry gin originating from Styria in southeast Austria. An area known as the ‘Green Heart’ of Austria, it has an abundance of different botanicals and the more commonly used ones helping to provide the typical dry taste this style of gin is known for.

The name of the distillery, Wacholderbär, means ‘Juniper Bear’ and refers to the brown bears that used to inhabit Austria, particularly in the region of Styria. These bears could be seen feasting on the juniper berries throughout the summers, and though bears have not been seen in the area for many years, the juniper bear lives on in Wacholderbär distillery. 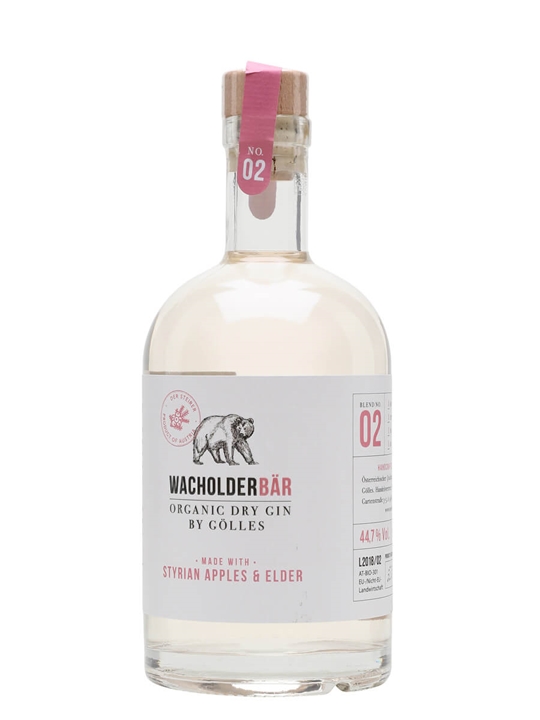