A historic bottling - the first ever official release of Inverleven, the Lowland distillery closed in 1991. This is one of the first releases in Chivas Brothers' Deoch an Doras series - the name (roughly pronounced 'Jock an Doris') means 'a drink at the door', the Gaelic equivalent of 'one for the road' - although why the Irish spelling of 'doras' has been used instead of the Scottish 'doruis' or 'dorus' is probably one for the marketing dept to answer. 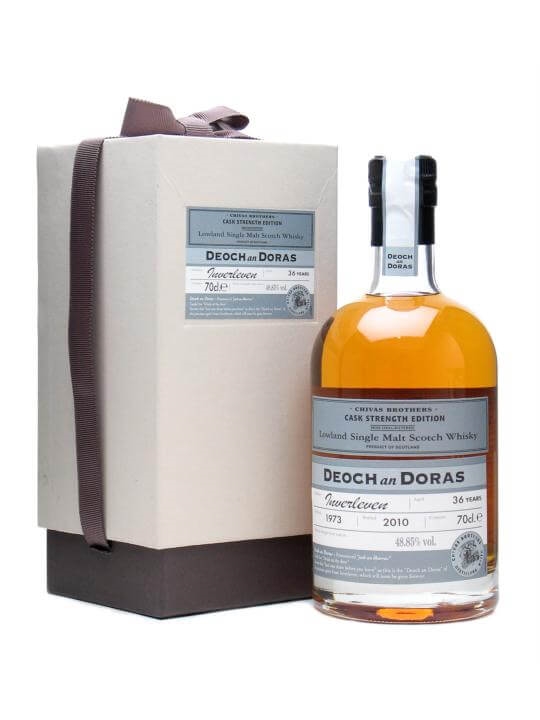