A 29 year old single cask Glen Garioch distilled in 1968, the same year in which the distillery was closed for a short time before being sold to Morrison (now Morrison Bowmore) in 1970, at which time the distillery bottlings began to be made in a peatier style than was used before. 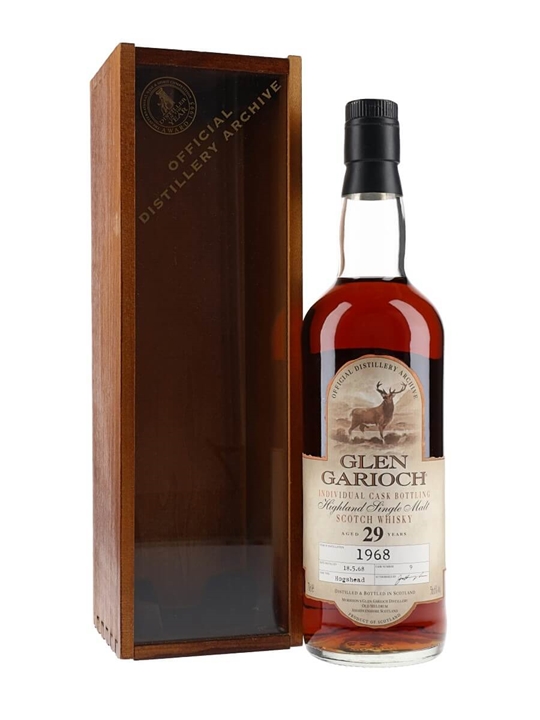