A 1972 vintage bottling of the extremely rarely seen Glen Flagler. The stills for the whisky were set within Moffat Grain Distillery in Airdrie and the single malt was only produced for 21 years (1964-1985). This was bottled at 24 years old by independent bottlers Signatory as part of their Silent Stills range. 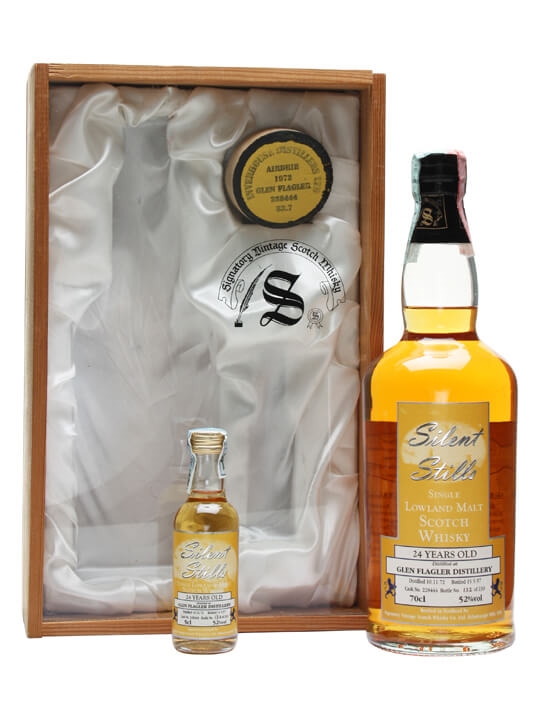