A ground-breaking whisky from Edinburgh's North British grain distillery. Not only is it one of the oldest bottlings of whisky from the distillery in existence, it is also its first-ever commercially released whisky. It was distilled in July 1960, matured in a single hogshead and bottled in 2018 to celebrate the incorporation of North British on 24 October 1885. It has the elegance you'd expect after almost six decades of maturation, with sweet pineapple and coconut balanced by toasted oak. 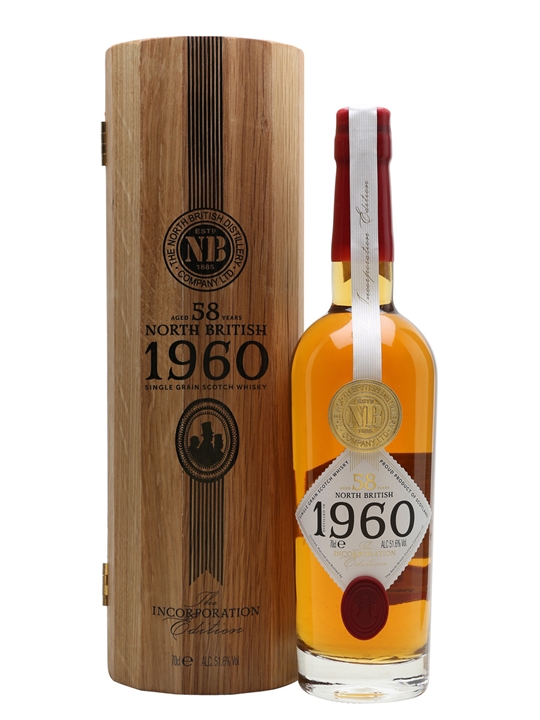