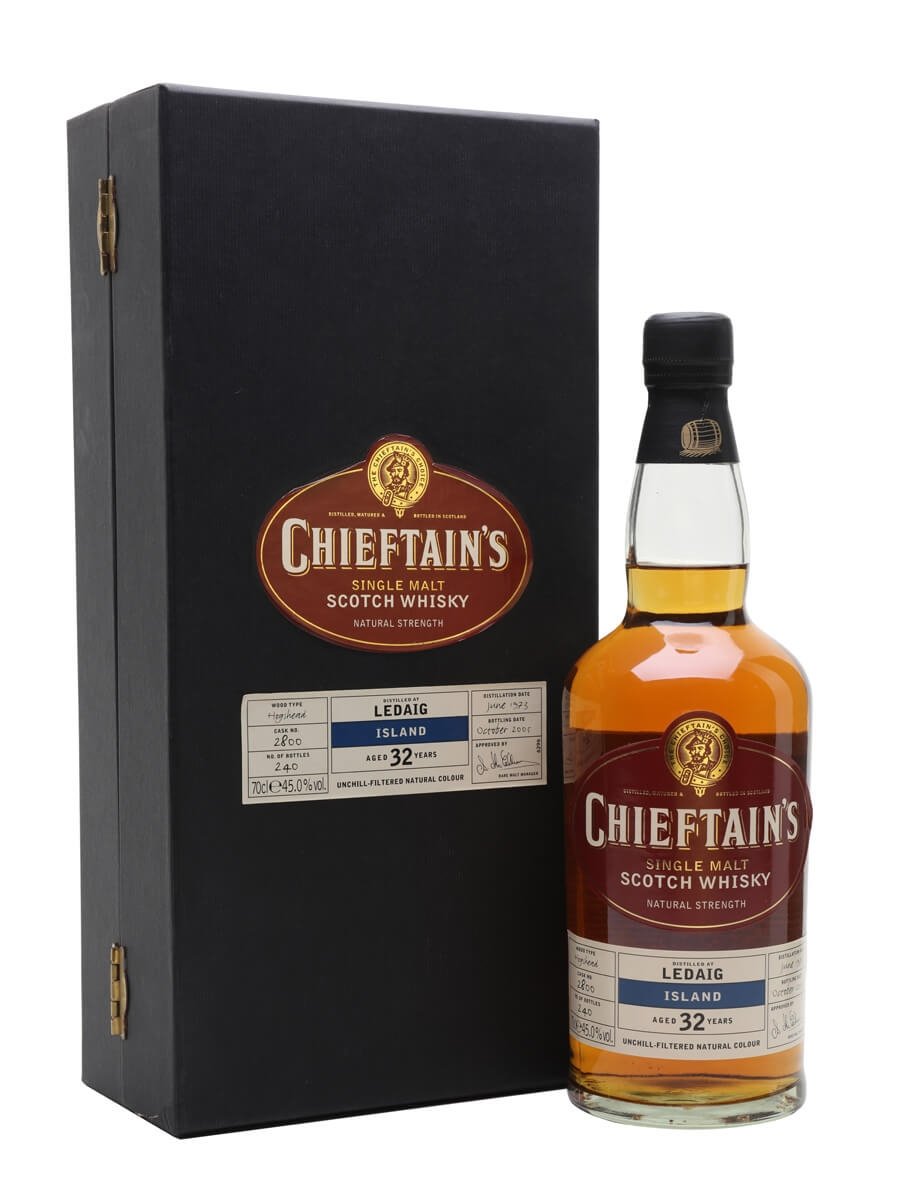 A 1973 vintage Ledaig released by independent bottlers Ian Macleod as part of their Chieftain's series. Distilled in June, this was aged in a single hogshead for 32 years before being bottled in October 2005. Ledaig is the name given to peated malt which is produced at Tobermory distillery on the Isle of Mull. 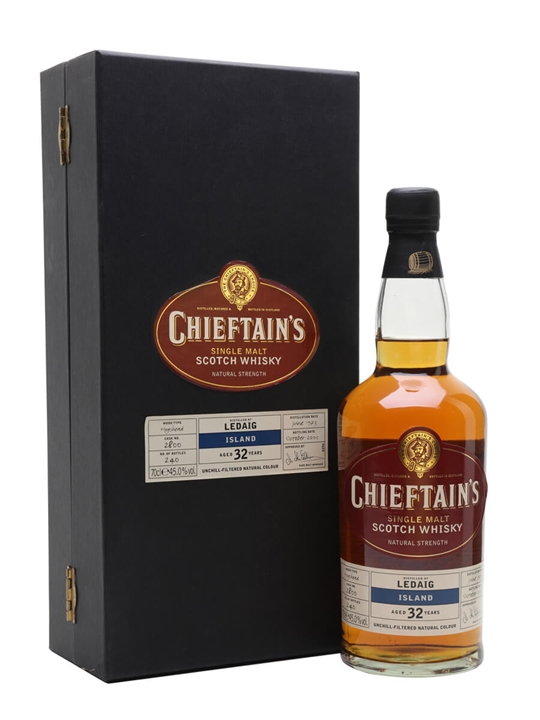