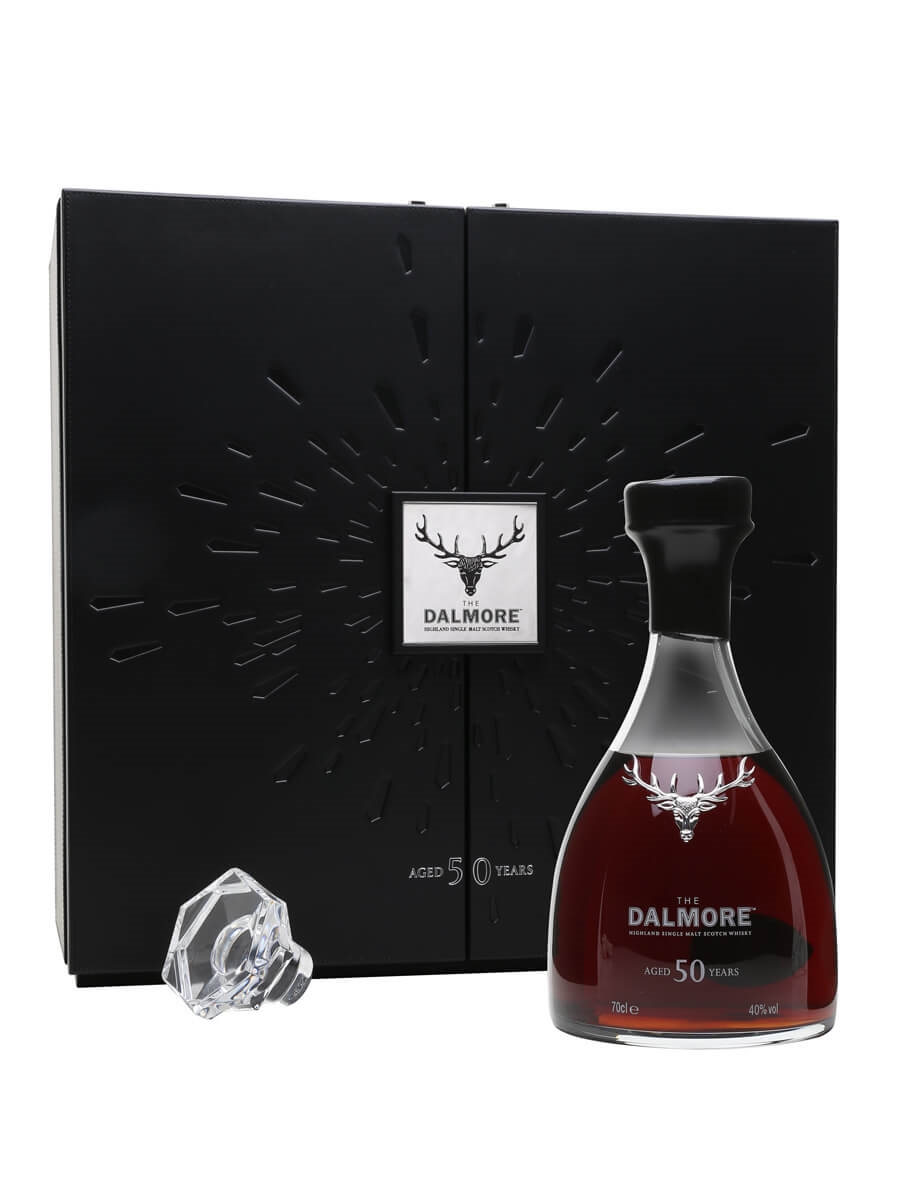 To celebrate master distiller Richard Paterson's 50 years in the whisky industry, Dalmore have released this exclusive 50 Year Old. This unique single malt was distilled in 1966 and laid down into ex-bourbon casks, where it remained until 2003. It was then transferred into Matusalem oloroso sherry casks, followed by Port pipes in 2012. Finally, in November 2016, the whisky was finessed for 50 days in casks that had previously held Henri Giraud Champagne – a truly special end to the ageing process and one that is a fitting celebration of Paterson's originality.

This single malt is presented in an exquisite Baccarat crystal decanter, which is in turn housed in a case handcrafted by the artisans at Linley. Each decanter is emblazoned with a solid silver stag created by Royal Warrant holders Hamilton & Inches, and also comes with a stopper, four glasses, four coasters and a commemorative book.